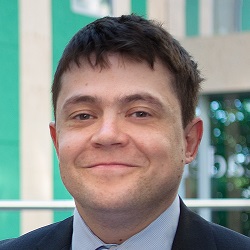 Mark Gregory has worked in Birmingham’s schools for over 20 years, working with disadvantaged and disenfranchised communities for the duration. For the last 12 of these he has worked for Ark Schools, first as a Senior Leader, then Principal at Ark St Alban’s Academy and now Mark works as Ark’s Regional Director for Secondary Education. Mark is also a Platinum Faculty Member of the Leverage Leadership Institute having completed his fellowship with the Relay Graduate School of Education. As a leader at Ark St Alban’s, Mark was part of the team that led the school to its first outstanding Ofsted result and to a sustained improvement in student outcomes, with the academy routinely in the top decile for student progress. At the same time, the school became an academy, moved into a new building and opened a sixth form, to better deliver its vision to send all its children onto university or the career of their choice. As Principal, Mark saw the school ranked #20 in the country for student progress, continuing the delivery of exceptional outcomes for the young people it serves. This success was built on strong student culture and a rigorous focus on teaching quality and response to data. Mark is now working with schools in the south of Birmingham after Ark St Alban’s Academy became a teaching hub at the start of this year.